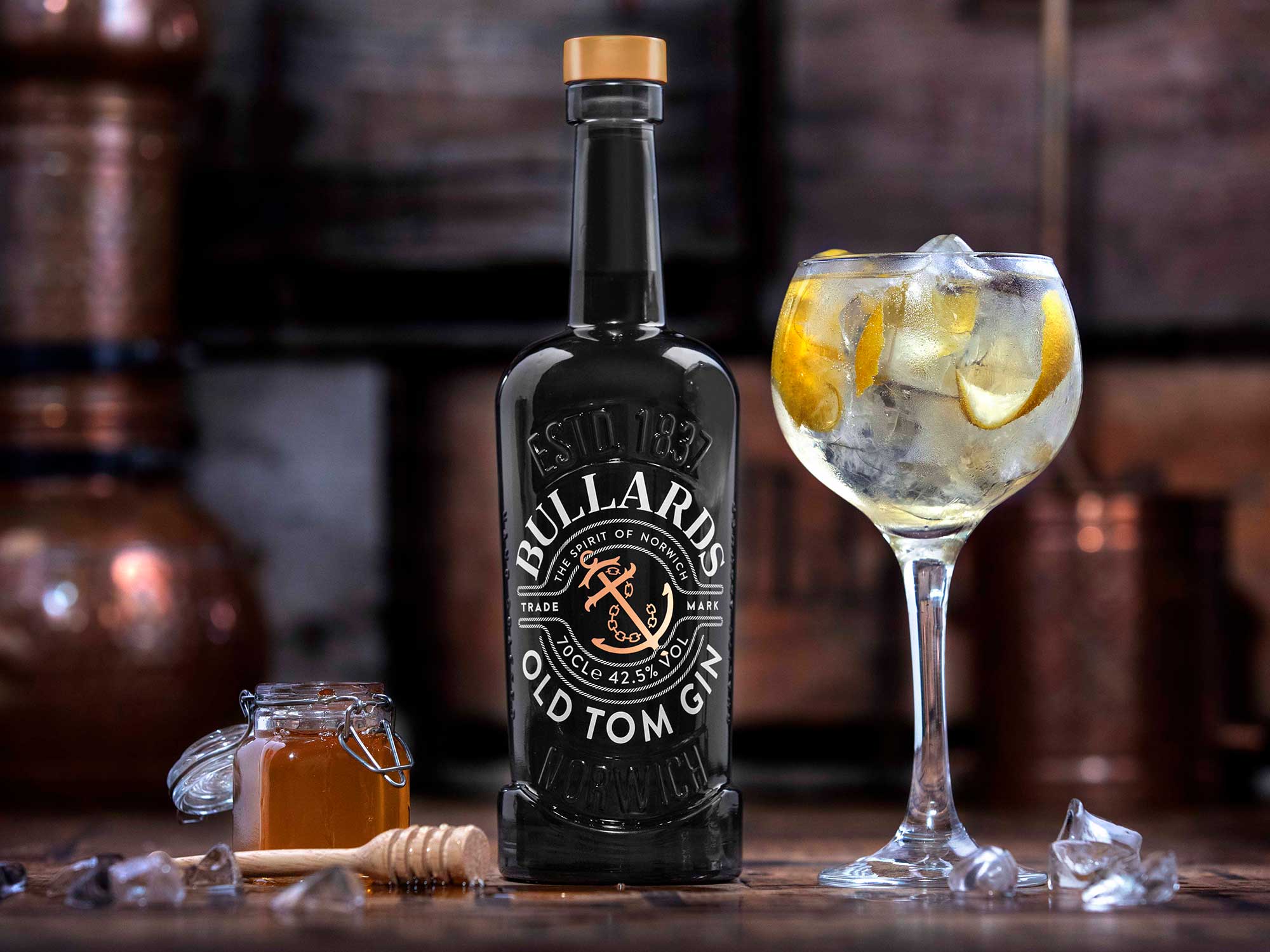 Disclosure: the bottle for this review of Bullards Old Tom Gin was gifted by the brand. Opinions entirely that of the author.

Launched in 2018, Bullards Old Tom Gin was the third expression from the Norwich distillery. Using ingredients such as mango and Norfolk honey, it makes for a lovely gin in both cocktails and a classic gin and tonic.

Read my review to find out more.

Bullards Gin takes its name from a family synonymous with Norwich for over 180 years. Richard Bullard founded the city’s The Anchor Brewery in 1837 and it enjoyed over a century of success. The brewery was subsequently bought by Watney Mann who closed the Anchor site in 1968.

Fast-forward nearly 50 years and in 2015, the Bullards name was revived. Russell Evans had developed an affinity with the famous name, having worked on the Bullards beer brand in the 1980s. Partnering with Richard Bullard’s great, great-grandson, John Bullard, the duo brought the name back to life, developing an artisanal gin.

And it’s been a hugely successful journey, with their flagship gin winning the coveted best London Dry at the 2017 World Gin Awards. The following year Bullards underwent a rebrand with the “Tipsy Anchor” taking centre stage on the front of the bottle. Having designed some of the world’s most iconic packaging (think Isle of Harris Gin’s stunning bottle), Stranger & Stranger were charged with the task of coming up with the design. A custom-shaped bottle was created which was modelled on the iconic Bullards chimney that shadowed Norwich for over 100 years.

The Bullards range now has three other expressions – Strawberry & Black Pepper, Coastal and the focus of this review, an Old Tom.

In early 2020, Bullards continued with their innovative ethos and the launch of their Eco Project, aimed at reducing their carbon footprint. Glass bottles require a lot of energy to create, and their weight alone increases emissions during transit.

With the Bullards Eco Pouch, you can order a refill for your existing bottle, which is designed to slip through your letterbox. The pouches can simply then be posted back for recycling. Even better, the price of the refill is £5 cheaper than ordering a bottle!

The lightweight pouches further reduce carbon emissions, compared with transporting bottles. And what I love about the bottles is they really are designed to be refills. With just a stopper and no label seal, once opened, the bottle looks exactly the same as it did unopened. If you’re anything like me, there’s something a little upsetting about tarnishing a pretty bottle by breaking its seal!

The resurgence of old tom gin

Having once been hugely popular, Old Tom gins all but disappeared by the time The Beatles were recording their final song together. Old Tom’s origins date back to the 18th century. In those days, distilling was less advanced and the invention of column still was a few years off. The base spirit at the time wasn’t the smoothest to say the least, and Old Tom’s sweetened style masked some of the impurities. As distilling improved, there was less need for sweetened gins and so Old Tom gins fell out of favour.

Old Toms are often described as a bridge between London Dry and Dutch Genever, being sweeter than London Dry gins, but drier than Genever. They made their comeback in earnest with the cocktail revival, and as established brands look to increase their offerings, Old Toms are becoming increasingly common within a range – and Bullards are no exception. 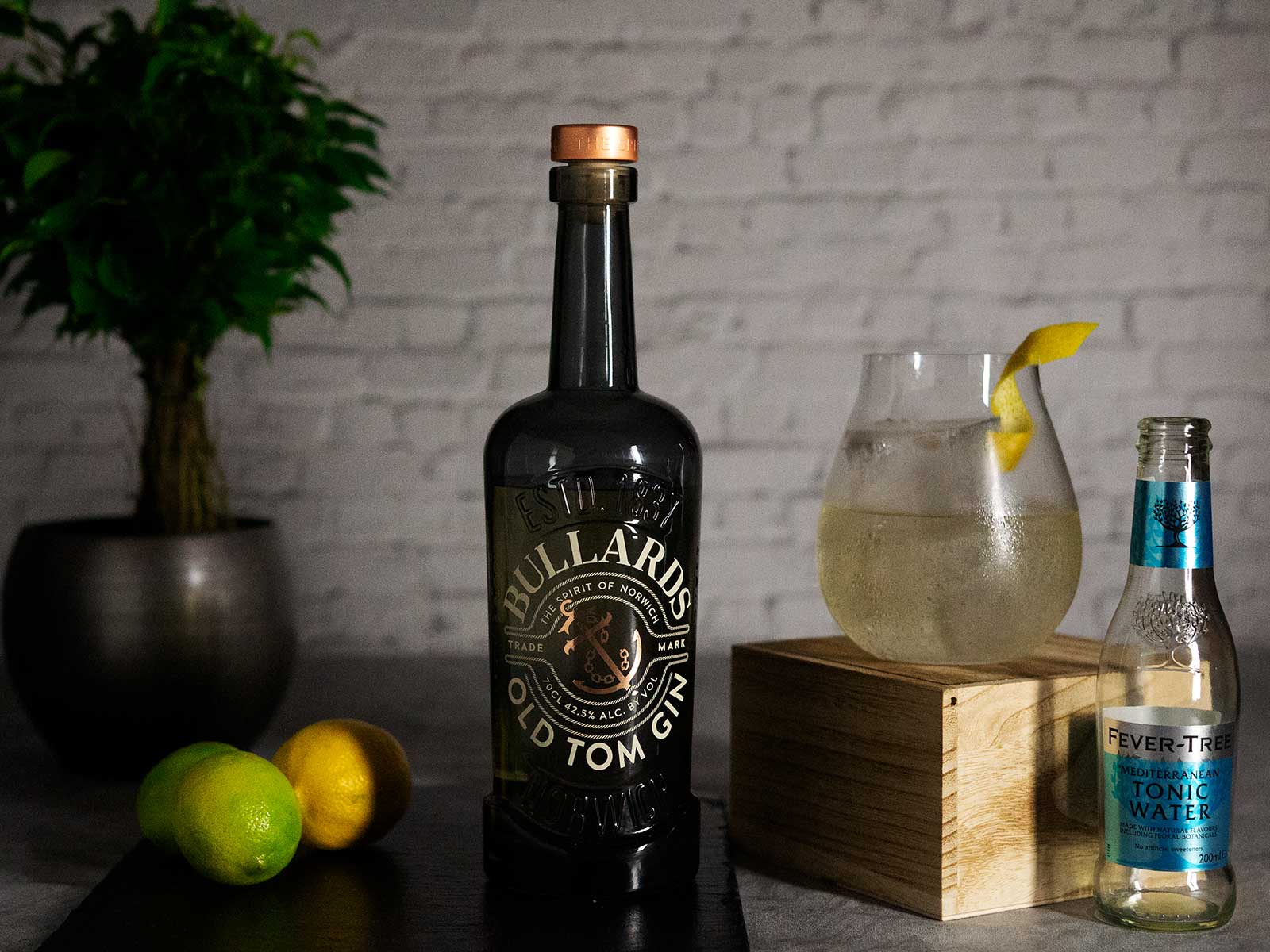 As an Old Tom, the process for making Bullards Gin, differs from their London Dry – most notably the additional sweetener, which is not permitted under London Dry regulations.

The gin is distilled in a 400 litre column still, with notable botanicals such as juniper, cassia bark, vanilla pods, fresh mango, and for added sweetness, Norfolk honey. Once distilled demerara sugar is blended into the batch before the liquid is diluted to its bottling strength of 42.5%. 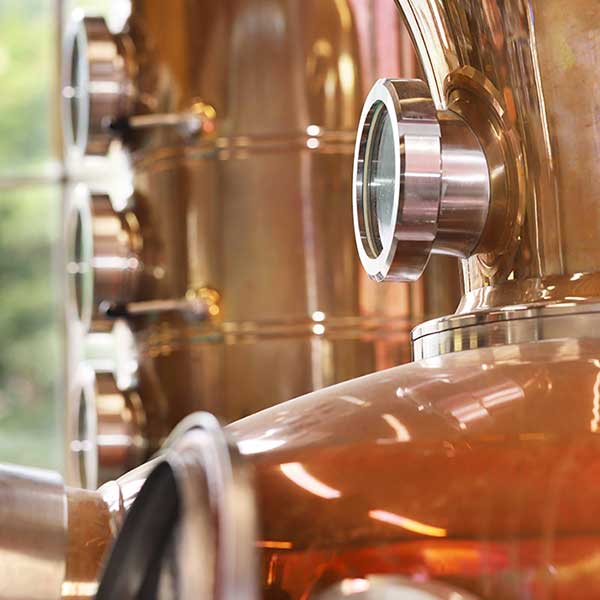 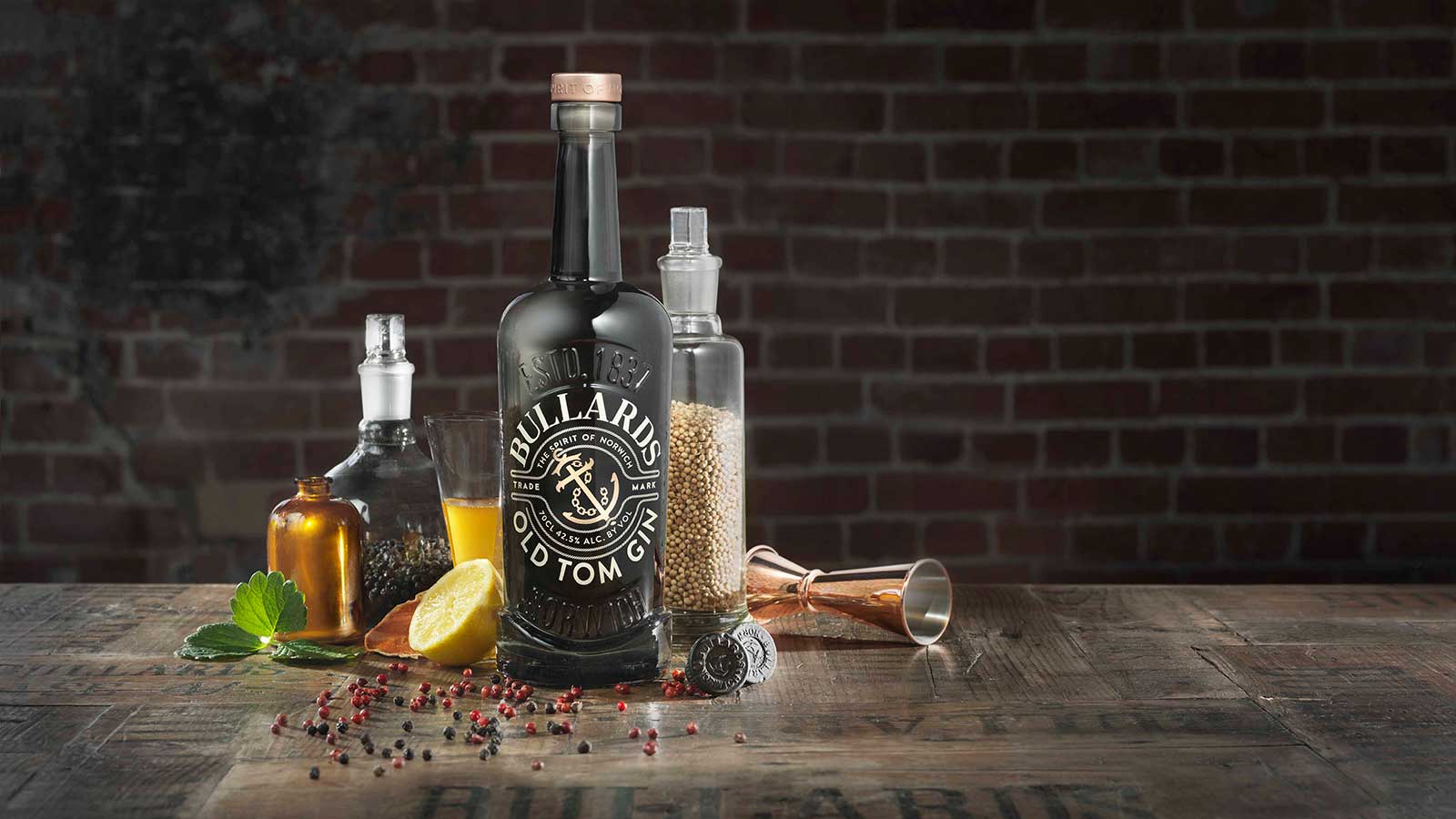 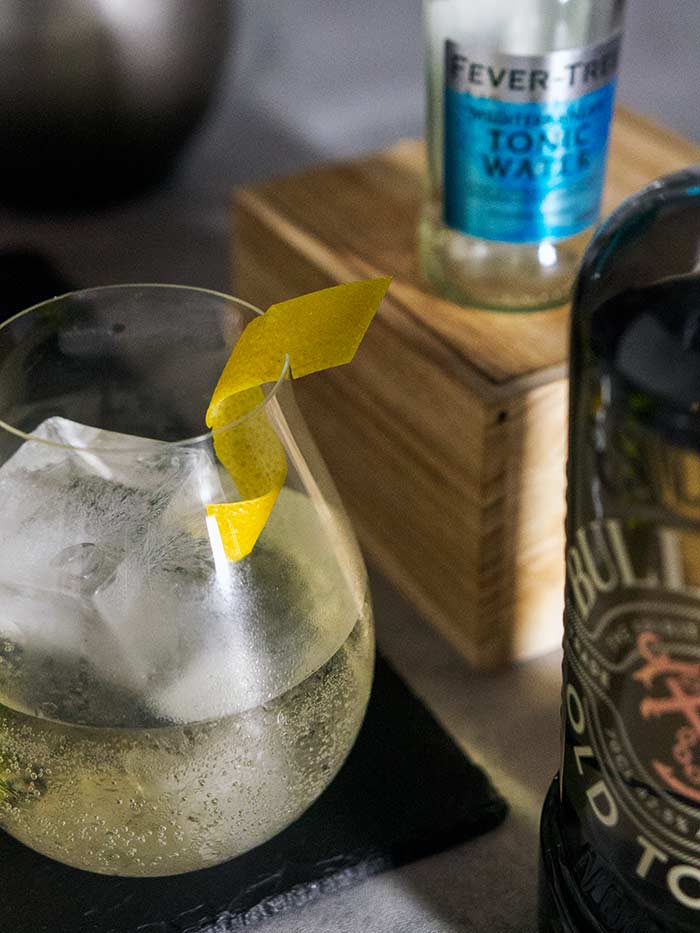 Being an Old Tom, Bullards has sweetener added post-distillation – in this case demerara sugar – giving it a light golden colour. It’s oily and viscous, really clinging to the sides of the glass as you swirl.

Sweet honeyed citrus is on the nose, almost caramel-like. Juniper hums below with a subtle hint of tropical mango.

On the palate, honeyed mango coats the tongue, with juniper playing its part. Lemon comes to the fore on the finish, which is long and peppery. As you’d expect, it’s sweeter than a traditional London Dry, but not too much, still retaining many of the characteristics that you’d expect from a dry gin.

With tonic, the citrus becomes more pronounced. There’s a lovely lemony finish, almost sherbet-like, while the honey plays its part throughout.

There’s a lot to love about Bullards Old Tom, and indeed Bullards the brand. While sweeter than a dry gin, it still retains much of that ‘classic’ gin profile. That extra sweetness, however, lends its profile to those who are maybe dipping their toes in the gin category or looking to bridge from flavoured gins to more traditional.

Indeed, the addition of sugar post-distillation also helps to offset some of the bitterness from the quinine found in tonic water – which is often the ingredient many drinkers think they don’t like about gin!

Bullards have also really invested as a brand from their bespoke bottle to being one of the few gin brands in the UK that distribute refill pouches. All this means that Bullards is a name that Norwich can continue to be proud of.

Where is Bullards Old Tom Gin made?
Bullards Gin is distilled in their Crystal House Distillery in Norwich.