Arguably the leader in ‘the ginaissance’, Hendrick’s likely needs no introduction. A quick look at Google data shows it’s one of the most searched for gin brands in the world, roughly on a par with Gordon’s, but behind Bombay Sapphire. Ask one hundred people to name a premium gin? Henricks will almost certainly come out on top.

However, with the bold contemporary flavours now available, partly as a result of this pioneer, how does Hendrick’s compare over 20 years on? I go back to where my love of gin began to find out.

Launched in 1999, Hendrick’s Gin is one of the key gin brands in the category’s resurgence. It’s one that played a major part in my own gin journey, changing my perception of what gin is – and could be.

The idea for Hendrick’s came from David Stewart, the master blender at William Grant & Sons. Sitting in his garden with a cucumber sandwich in hand, admiring the roses in bloom, he wondered what a gin that had cucumber and roses in it would taste like. Working with master distiller Lesley Gracie, the recipe for Hendrick’s was perfected over the next few years.

It wasn’t until 2003 that the gin was launched in the UK and it’s gone on to be one of the most popular gins in the country, and indeed, the world. In 2021, it was the fifth biggest-selling gin in the UK, behind Gordon’s London Dry, Gordon’s Pink, Bombay Sapphire and Tanqueray.

Distilled in the small Ayrshire coastal town of Girven, not far where I was born, Hendrick’s continues to be made in 500 litre batches – still under the watchful eye of Lesley Gracie. The brand now have several other expressions to their name, including “Lunar” and “Midsummer Solstace”, but it’s the original which remains the most revered.

The history of Hendrick’s is fascinating in itself and you can read more about it in detail in this great article by The Gin Cooperative.

The inspiration for Hendrick’s Gin came from master blender, David Stewart while he was eating a cucumber sandwich and admiring his roses.

We make our unusual gin in a most unusual place…

How Henrick’s Gin is  made

To make their gin, Hendrick’s used, what was at the time, an unusual process. And it’s a tale of two different types of still – a Bennett copper pot still which dates back to 1860, and a Carter-Head still which was made in 1948 and is one of only a handful that were made.

The Bennet provides the traditional steep/boil method of distillation. The 11 botanicals in Hendrick’s Gin are macerated overnight in the pot prior to distillation.

The same 11 botanicals are added to the Carter-Head, albeit in a different ratio. The botanicals in this still are placed in a basket above the spirit, allowing for the vapours to pass through, imparting the flavour.

Each process results in an entirely different gin. The Bennet is richer in flavour with more depth, while the Carter-Head is lighter in character. The two liquids are then blended together before being infused with rose and cucumber, bringing together the flavours behind David Stewart’s inspired idea. 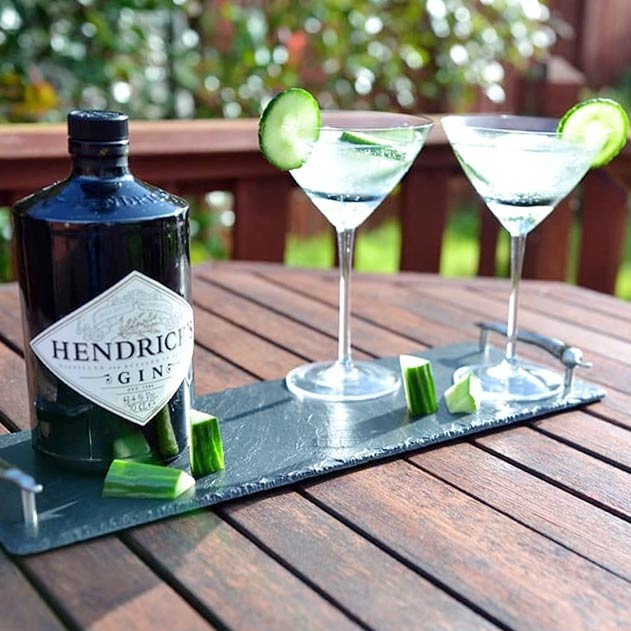 How to serve Hendrick's Gin

More: read my top tips on how to make the perfect gin and tonic

Nosing the glass, there are fresh notes of juniper, orange zest and rose. Interestingly, the cucumber is much more subtle than I remember.

To sip neat, creamy juniper is at the fore, supported by rose petals, fresh cucumber and orange peel. The finish is long with an earthy character and tingling pepper from the cubeb.

Tonic brings out more of the florals – most notably elderflower – while the orange zest is also more prominent. The cucumber notes become much clearer on the finish.

While you can’t really serve Hendrick’s in a gin and tonic with anything other than cucumber, orange peel is a great alternative, if cucumber is not your thing. Cucumber has a pretty powerful flavour in the glass so really takes it in an entirely different direction.

Hendrick’s is also great in a deliciously refreshing Southside cocktail, AKA a Gin Mojito! 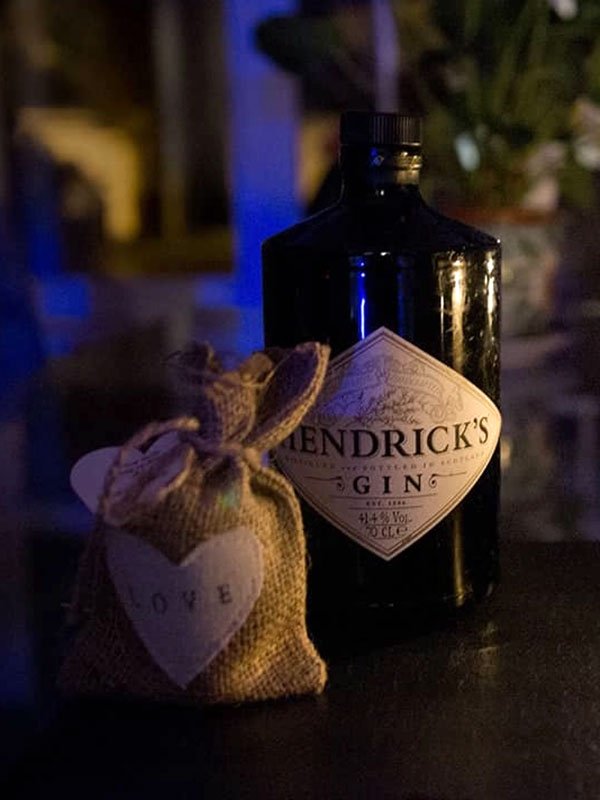 Despite the hundreds of gin brands on the market, Hendrick’s remains a key player. I’ve sampled more gins than I can count since I first fell in love with Hendrick’s and by modern standards, it really doesn’t jump out as unusual. But if you compare it to the gins of the day, it’s clear to see why it caused such a stir.

A true pioneer of marketing and flavour, Hendrick’s remains a gin that wouldn’t be out of place on any shelf!

A true pioneer of marketing and flavour, Hendrick’s remains a gin that wouldn’t be out of place on any shelf!

How is Hendrick’s Gin made?
Hendrick’s uses a unique distillation method. Two different stills are used using very different methods, before blending the two resulting liquids together. The final distillate is then infused with rose and cucumber.

What is the best way to drink Hendrick’s Gin?
The distillery recommends Hendrick’s Gin is served with three cucumber rounds and quality tonic water.

What tonic is best to pair with Hendrick’s Gin?
My personal preference is a classic Indian tonic water, such as Fever-Tree, or Schweppes Signature. If you prefer something sweeter it also works well with elderflower tonic, such is are the floral notes in the gin.