Disclosure: the bottle for this review of Highclere Castle Gin was provided by the brand, with agreement to review. Opinions entirely that of the author.

It’s probably best known as the main location for the hit drama, Downton Abbey. Now fans of the ITV series can enjoy a taste of Highclere Castle with a gin inspired by botanicals grown on the historic estate.

Read my review to find out all about this “garden to glass” gin.

FROM GARDEN TO GLASS

Highclere Castle Gin was founded by American entrepreneur, Adam von Gootkin, and the 8th Earl and Countess of Carnarvon. Home to the Carnarvon family for over 300 years, Highclere Castle has also been the backdrop to many films and television dramas – most notably ITV’s Downton Abbey. A fan of the show and with a background in spirits, once von Gootkin learned more about the history of the estate, he got in touch with Lord and Lady Carnarvon, and Highclere Spirits was born.

With the first written records of the estate dating back to 749AD, Highclere Castle is steeped in history. And it’s this history which is incorporated into the gin – Juniper which has grown wild on the estate since the Roman era; lavender from the Monks’ Garden, planted 1,000 years ago; oranges from the Victorian orangery.

Located in Hampshire, some 60 miles west of London, Highclere Castle has been renowned for its lavish parties, welcoming royalty, politicians and celebrities alike. And gin has been central to these for many years. Recovered from the family archives within the castle were cocktail recipes from the early 1900s. And within it was the Highclere Style, a gin and tonic, which forms the perfect serve of their gin today.

Given the prestige of the location it’s named after, Highclere Castle Gin is in the premium price-point category and you can expect to pay around the £40 mark. With its royal blue/purple bottle, depending on the light, the packaging reflects the status and ‘regal’ feel which Highclere Castle Gin aims to encapsulate. 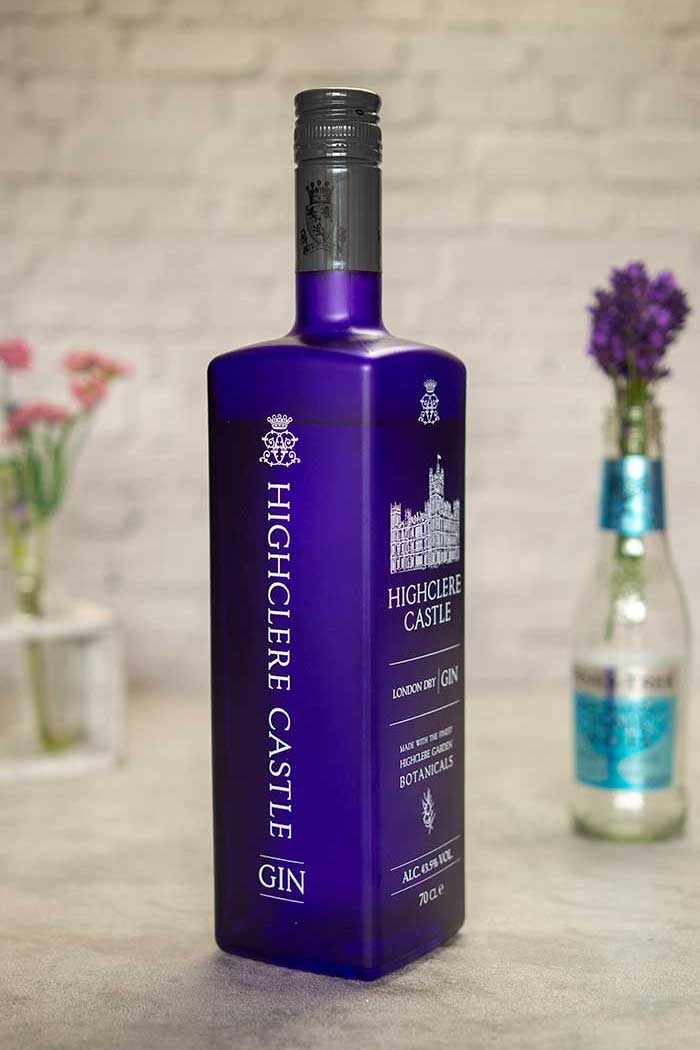 Plants have been grown in here since the 18th century and there are some lemons and really intense little oranges that we actually dry and send off to be included in the gin.

Highclere Castle recipe took over a year to develop, with 25 iterations before deciding on the final mix. The gin uses a blend of 11 botanicals, many of which are found in the castle estate. Notable botanicals include:

The gin is created at Langley Distillery, fittingly in one of the oldest working stills in the UK – dating back to the 1800s. Prior to distillation, the botanicals are added to the charged still containing wheat spirit. These are gently steeped in the warm spirit overnight, allowing the essential oils to be released.

The following morning the temperature is increased to boil the spirit and start the distillation process. Once complete, the spirit is cut back with water to 43.5% ABV. 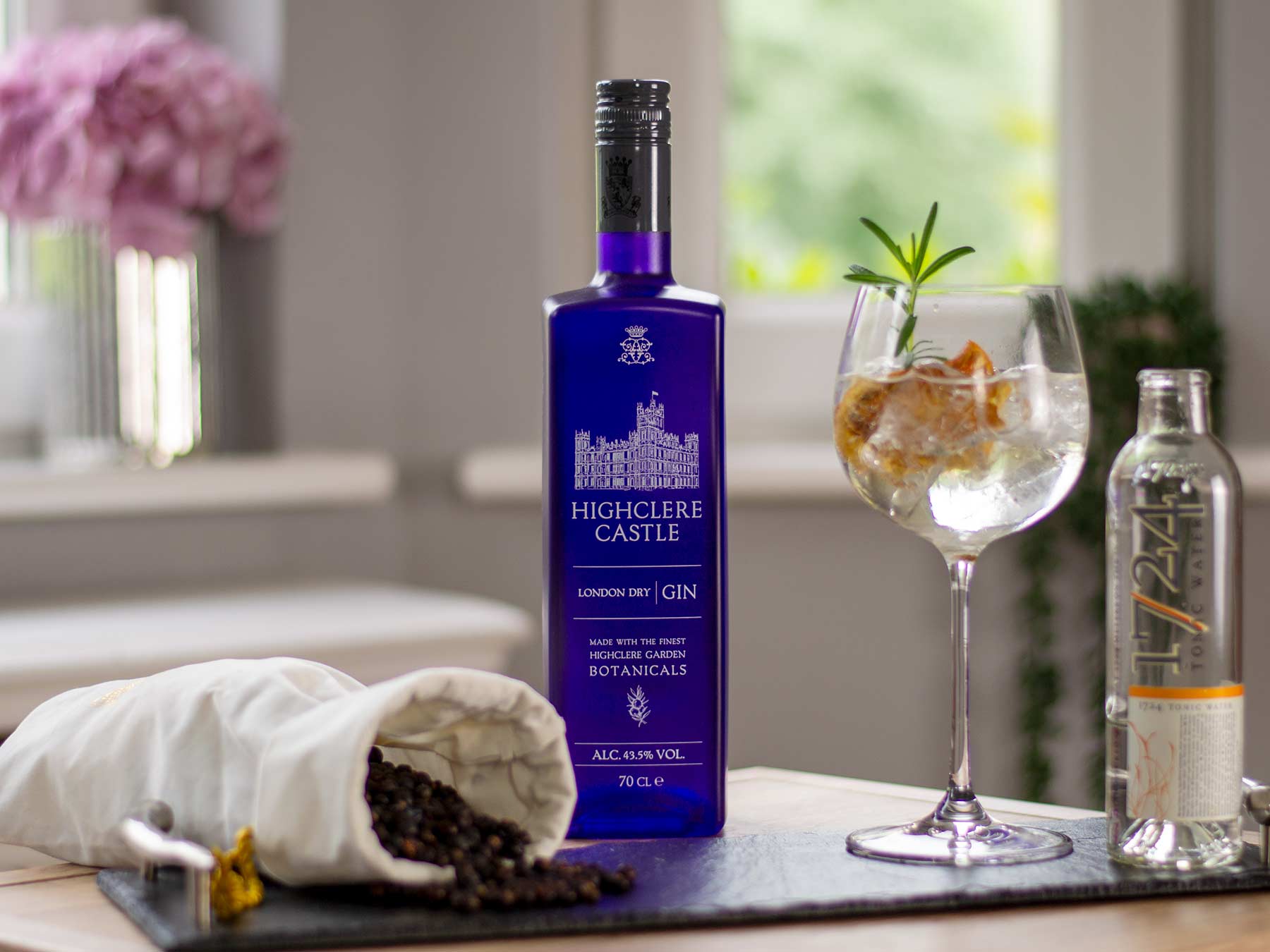 How to serve Highclere Castle Gin

More: read my top tips on how to make the perfect gin and tonic

So what does Highclere Castle Gin taste like? Given it’s distilled at Langley you’d expect it to be well-made – and it’s safe to say it is.

On the nose, Highclere Castle Gin has the familiar scent of juniper, citrus and spices underneath. The orange is delightful, almost as if you’re walking through the Victorian orangery on the estate, and there’s a hint of lavender blowing in the breeze.

To sip neat, it’s incredibly smooth. Velvet-like juniper coats the tongue, leading to sweet orange peel and subtle florels, with a zingy finish from the coriander and peppercorns. Such was the smoothness from (I’m told) the oats, this is a brilliant gin to sip neat over ice.

Adding a splash of tonic and you get more of those beautiful floral notes from the lavender. However, I found too much tonic wasn’t the best way to go with Highclere Castle Gin. Tonic changes the profile quite a bit. There was less sweetness and an increased earthiness.

Unusually for me, I much preferred it neat. The incredible smoothness, the flavour journey… critiquing as I sipped and appreciating the finesse of it 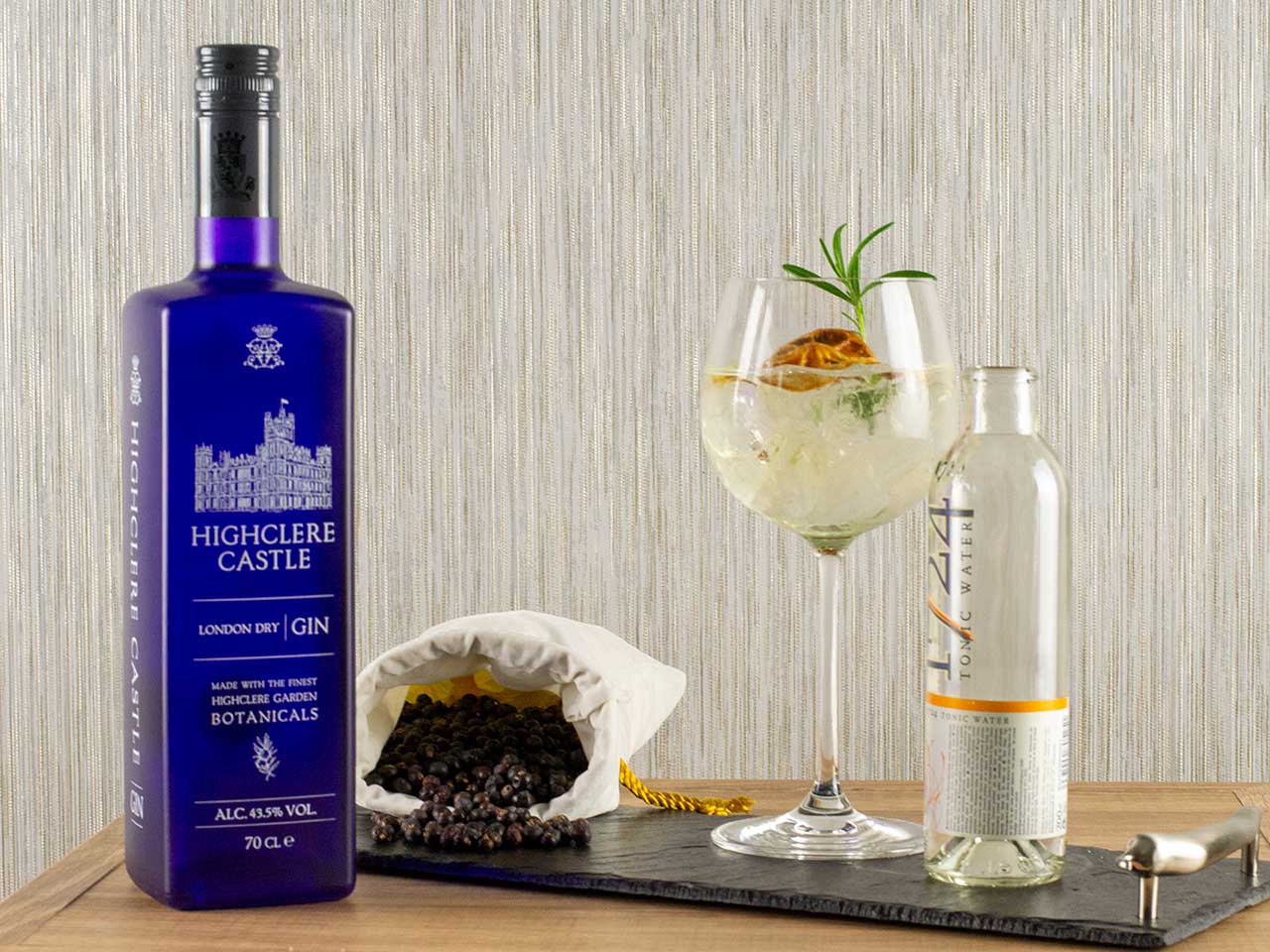 Highclere Castle Gin has a lot going for it. The brand story and botanicals tie the gin back to its origins and the name on the bottle, while its unbelievably smoothness makes it a beautiful gin to drink neat. However, as a G&T, I was left a little bit underwhelmed with the flavour profile, compared to how much I enjoyed it neat. It was nice, but nothing that made me sit up and think, “wow!”.

At around £40, it’s on the pricey side and a lot to spend if you’re taking a punt -as it would be with any gin. That being said, if you enjoy sipping gins, it really is a wonderful drink with a lovely balance of citrus, florals and spice – and that velvet creaminess on the palate!

Other London Dry Gin you may be interested in include:

If you enjoy sipping gins, it really is a wonderful drink with a lovely balance of citrus, florals and spice – and that velvet creaminess on the palate!