Last time out I reviewed the stunning Isle of Harris Gin from the Outer Hebrides. Now, let me transport you around the coast of Scotland to the country’s north east, and another remote and rugged island – Orkney.

Advertisement feature: Free Bottle provided for this review. Opinion entirely that of From the Gin Shelf.
Thanks to orkney.com for the use of images.

“Unmistakably Orcadian” is the slogan on Orkney Distilling’s website. The island is synonymous with the Vikings, who settled here in the late 8th century. Today, Orkney is full of remnants of its Norse past, and genetic studies have shown many islanders to be descended from the famous seafarers.

Taking the Norse name for what is now Kirkwall, Kirkjuvagr (pronounced kirk-u- vaar) means “Church Bay”. Like many other Scottish gins, they’ve cleverly built the entire brand story around their landscape, taking inspiration from their viking past – everything from their name and packaging, to the botanicals themselves.

Formed in January 2016, the couple spent the next six months creating their gin before launch, with the help of Strathearn Distillery in Perth. Just under two years later, they’ve now started production on the island with their impressive distillery and visitor centre opening in July 2018.

With the great provenance debate rumbling on, it’s important to note that this isn’t a unique approach for Orkney Distilling. Many island gin brands are following this route including Colonsay, who’ve recently moved production to their home, and Tyree and Arran Gin who are both at various stages in this process. It seems to be a sensible business approach, and one we’re on board with, provided there’s transparency from all parties to consumers.

With their a solid brand now built, including recognition at the Scottish Gin Awards in 2017 and 2018, Orkney Distilling are now living the dream that’s been two years in the making.

While all the botanicals found in Kirkjuvagr gin are a closely guarded secret, they ones we do know include juniper, coriander, nutmeg and cassia bark. When developing the recipe Orkney Distilling turned to the Agronomy Institute at the University of the University of the Highlands and Islands who helped provide them with Orkney-grown botanicals.

Angelica is a commonly used botanical in gin. When researching the botanicals for Kirkjuvagr, Orkney Distilling learned of a local legend; one which spoke of a variety brought to the island by the vikings hundreds of years ago; one which still grows in Orkney to this day.

This became one of their central ingredients to make Kirkjuvagr, further tying in with their brand story.

1. Add plenty of ice to a glass
2. Pour 50ml of Kirkjuvagr gin
3. Add a quality tonic (e.g. Walter Gregor’s)
4. Garnish with a twist of orange peel

Without knowing the full list of botanicals, it was fun trying to pick out Kirkjuvagr’s tasting notes. The nose is juniper-forward accompanied by a fresh citrus. Light floral notes are present in the background.

On the palate, the floral notes leap to the fore in an almost perfume-like rush of rose from the ramanas and burnett. The juniper which was there on the nose takes a supporting role while there’s a long peppery finish.

With tonic, the flavour journey doesn’t really change much, although it’s less of a peppery finish here, more like a sharp tartness with a subtle saline hint of the sea. To garnish, Orkney Distllers recommend orange peel. I’d play around with that theme, as it helps to bring out the citrus notes from the calamondin orange.

For tonic, I tried a few – Fever Tree Mediterranean, Schweppes 1783 and Walter Gregor’s. The latter was my preference, with the mint of the Scottish tonic pairing nicely with citrus notes present.

If it’s one thing we Scots know how to do well is market spirits. The concept of creating a brand around the landscape or place adorned on the bottle is not new, but it’s a winner for Orkney Distilling.

As a young boy I was fascinated by the Vikings. And with its Norse brand story, Kirkjuvagr certainly brings that nostalgia back. Everything from its name, botanical list and packaging centres around the Orcadian theme and it’s executed perfectly. Indeed, with its striking bottle, it stands out on bar shelves and social media, alike. From design to typography, it’s unmistakably Viking, and instantly recognisable as Kirkjuvagr. 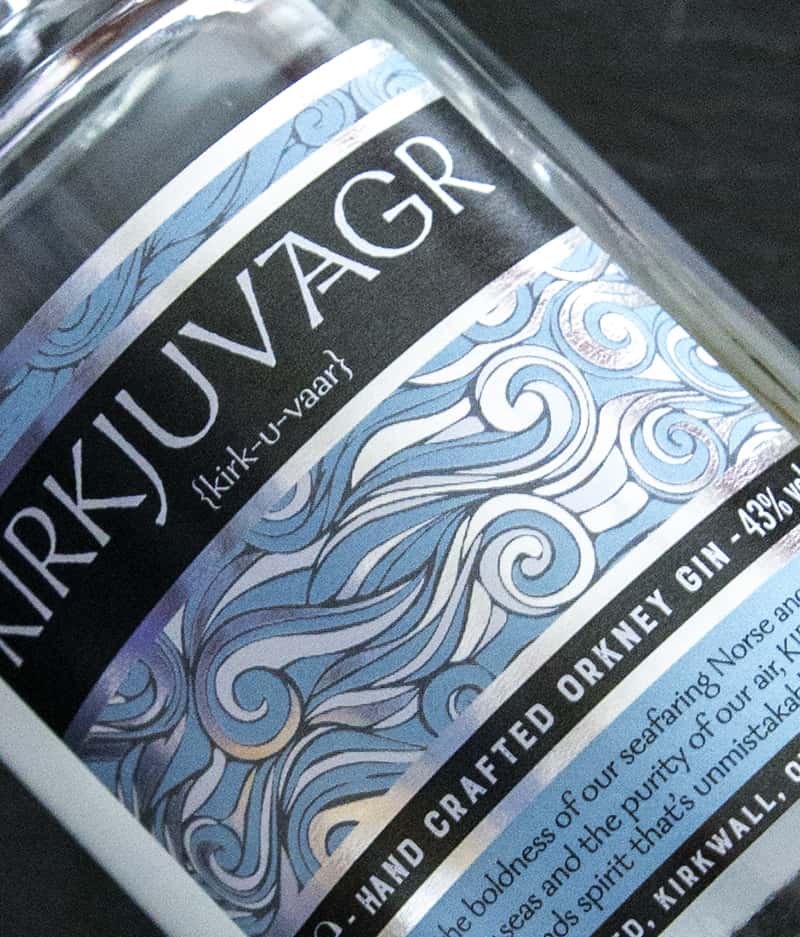 Summary The story behind Kirkjuvagr is one I can't help but admire. Everything about the branding really encapsulates the spirit of the Vikings. It's cleverly done and really worthy of note. The spirit itself is surprising in that it doesn't follow the ruggedness you might expect given its Norse theme, albeit the floral notes certainly pack a punch. I love how they use local botanicals, and in particular the angelica brought to the island by their ancient ancestors. While the flavours were perhaps too potent for my palate, they make for a pleasant gin, one which, for me, works best in a G&T. 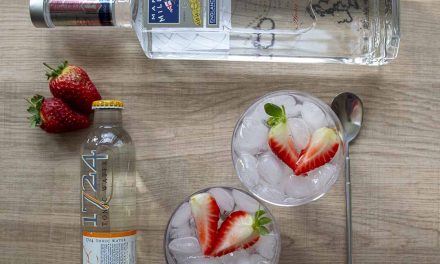 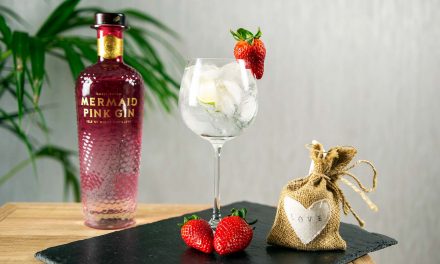 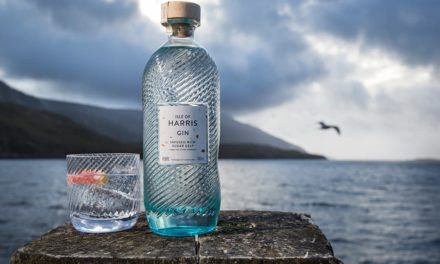 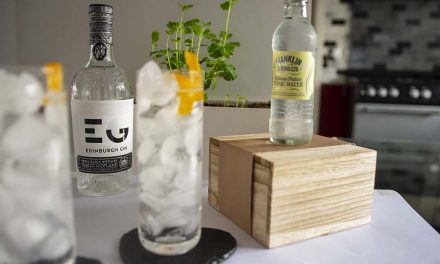