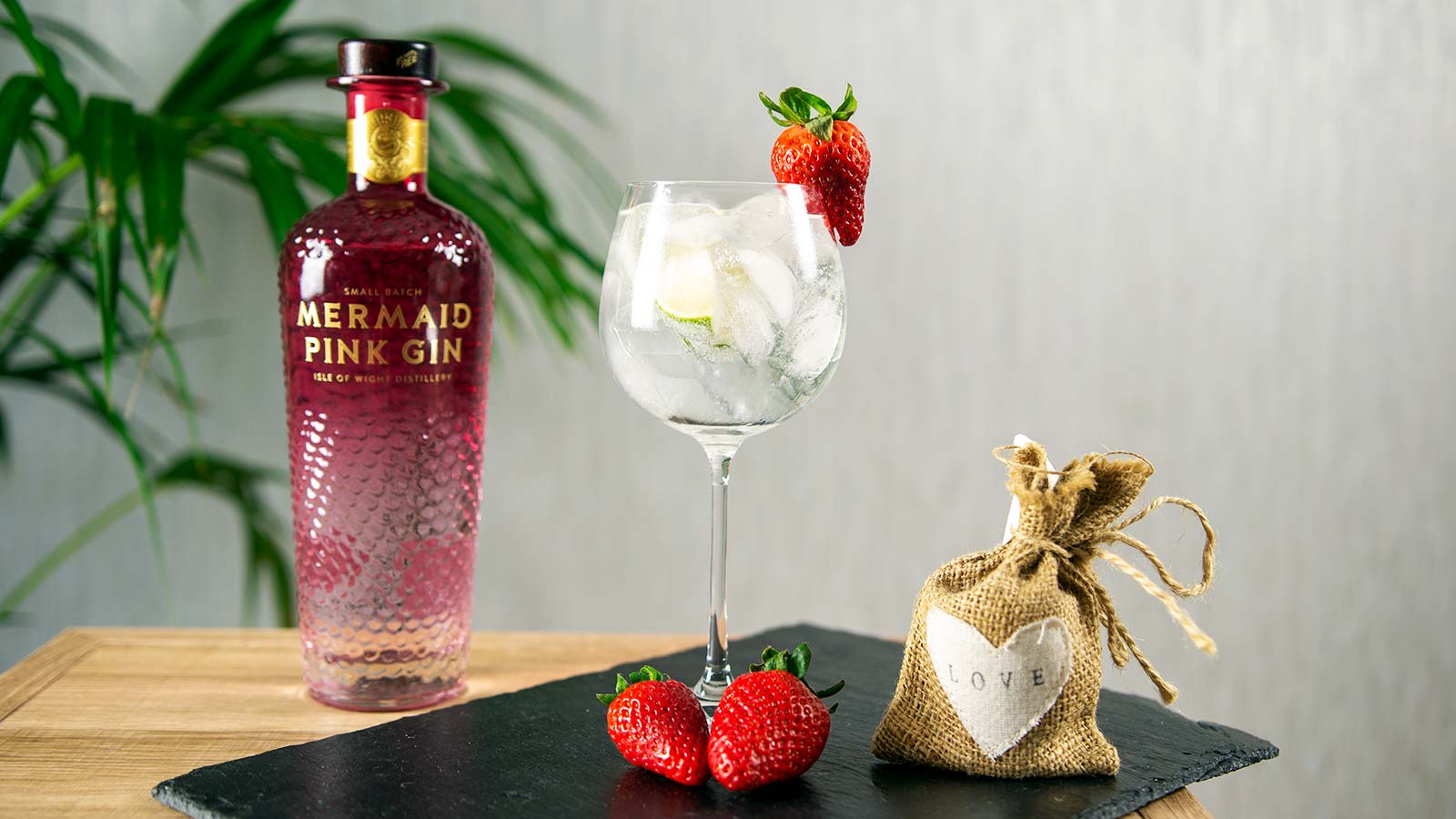 Disclosure: bottle of Mermaid Pink Gin sent by the distiller for review. Opinions entirely that of the author.

The gin boom shows no sign in slowing down. Central to this is the rise in flavoured expressions, and in particular, pink gins. Following an exciting rebrand of their flagship gin, Isle of Wight Distillery expanded into the pink gin market in June 2019. Read my review to find out all you need to know about Mermaid Pink Gin.

Situated just off England’s south coast sits the Isle of Wight. The island’s first (and only) distillery was licensed in 2014 with two friends at the helm, Xavier Baker and Conrad Gauntlett. Both had worked in the drinks industry with Xavier being a brewer and Conrad’s experience being in wine production. Their flagship Mermaid Gin was launched in 2015 and Isle of Wight distillery now produces a range of spirits including whisky, vodka and rum. 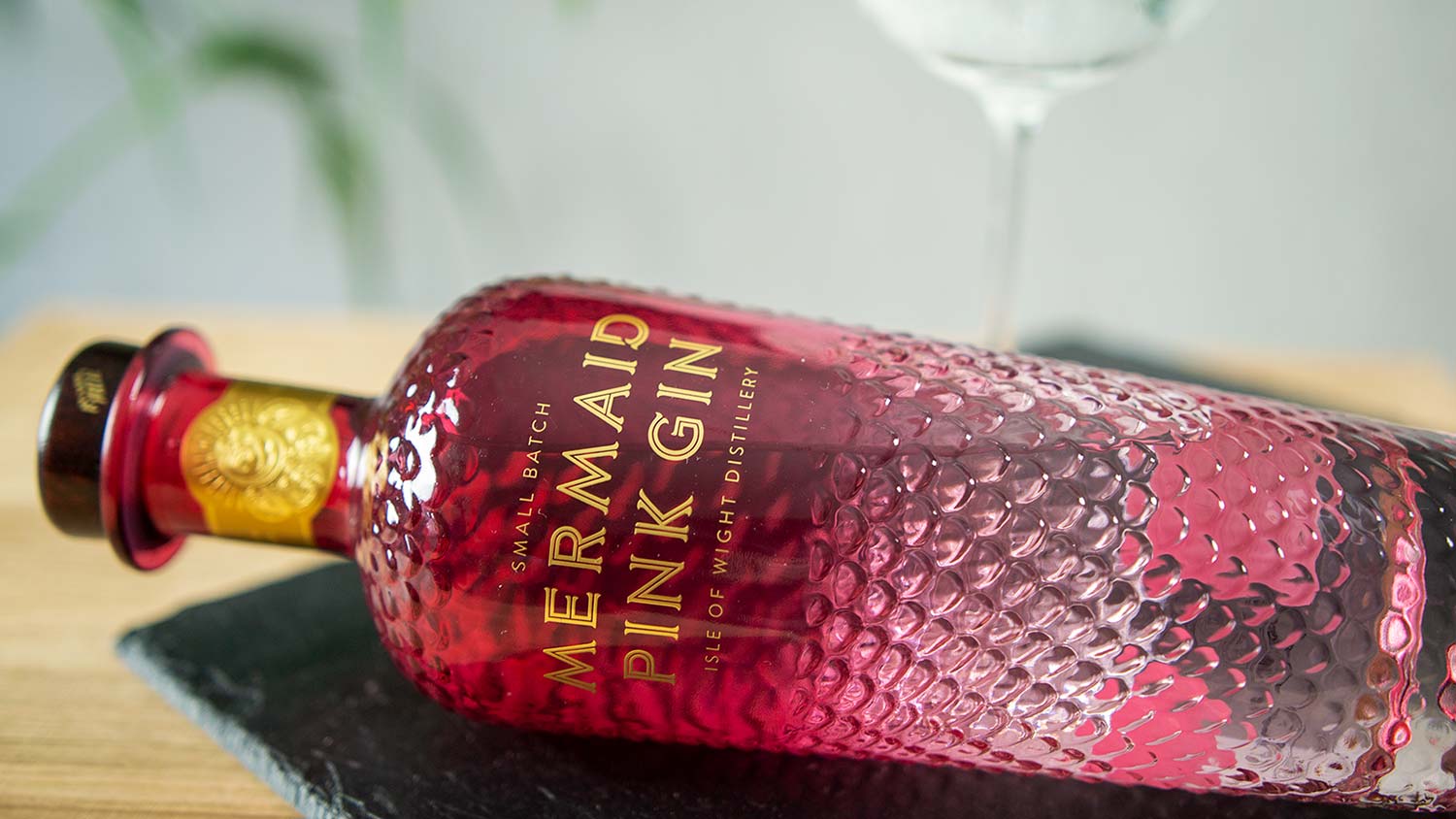 The original Mermaid Gin is used as a base to make the Pink expression. The addition? Strawberries from the island’s Arreton Valley. These strawberries are steeped in the original for four days. Half of the liquid is then redistilled, before adding back into the original infusion. Unlike many pink/flavoured gins on the market, Mermaid Pink has zero added sugar.

To create the original Mermaid Gin, its ten botanicals are steeped in spirit overnight to help release the essential oils and flavours. Column stills are then used in the distillation process and the distillate is rested for seven days to allow the flavours to blend and the high alcohols to evaporate. The spirit is then chill-filtered and cut back with RO water (i.e. water that’s undergone reverse osmosis) to 42%. More gin reviews

How to serve Mermaid Pink Gin

For an alternative, Mermaid Pink can also be served as a summer cup fruit cup with ginger ale. 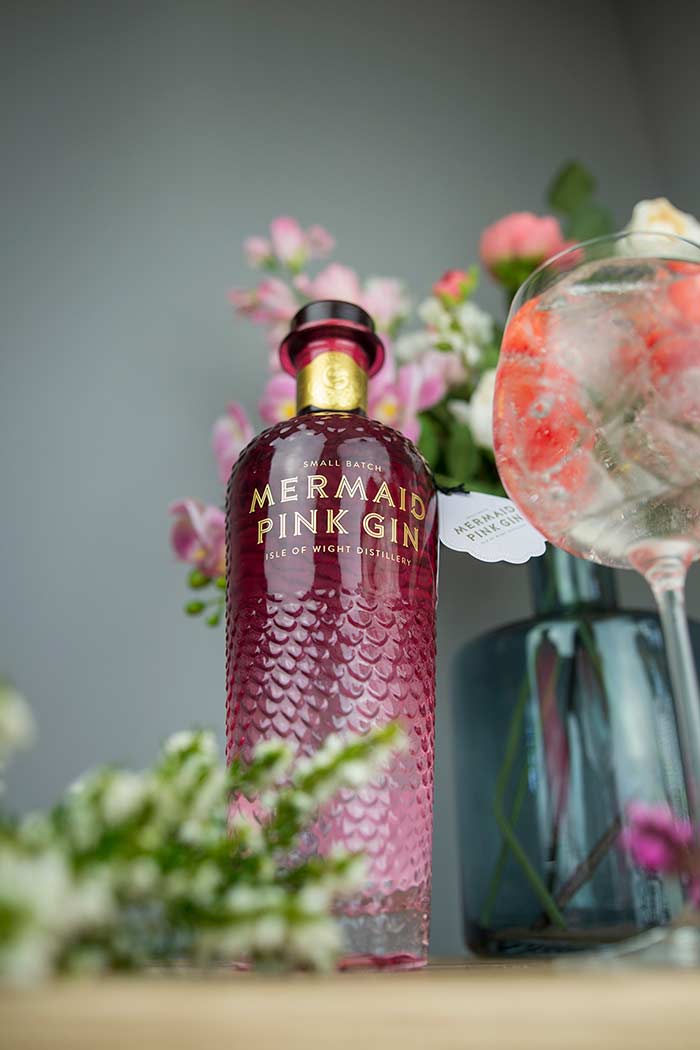 Mermaid Pink Gin has a subtle pink hue as a result of the infusion with strawberries. And unsurprisingly it’s the strawberry that comes through predominantly on the nose. It’s like summer in a glass! Go back for more and you get a little bit of juniper and subtle saltiness from the rock samphire – the signature botanical in the original Mermaid Gin, which makes up the Pink expression’s base.

Sipped neat, the strawberry jumps to the front of the palate – aromatic and full-bodied. With (thankfully) no added sugar, it’s not sickly, and all the sweetness comes from its natural ingredients. The finish is enduring with a slight salinity coating the tongue. At 38% it’s not overpowering, and it’s one many could enjoy neat over ice.

With no added sugar, Mermaid Pink Gin is not sickly, and all the sweetness comes from its natural ingredients.

With tonic, the journey is elongated somewhat, but less intense. It opens up the sweetness of the strawberry further and it’s an extremely refreshing drink. The recommended serve is with fresh lime, strawberries and mint, and those flavours work really well. Given the sweetness, I’d go for a light tonic.

The rise of pink gin has been like a runaway train but there are few who have done it well in my opinion. However, Isle of Wight Distillery’s Mermaid Pink Gin is one that’s bucked the trend. It’s been created in such a way that will appeal to both gin purists and the mass market alike, with its subtle colour and no addition of sugar. My preference is always a more juniper-forward gin, but there’s a huge market there who are looking for flavoured gins, so it’s understandable distilleries are tapping into this. That being said, Mermaid Pink Gin is highly drinkable and I admire the way that Isle of Wight Distillery have gone about their business here. The packaging is absolutely incredible and for anyone looking for a flavoured gin, Mermaid Pink would be on my list of suggestions.