ADVERTISEMENT FEATURE:
Free bottle of Rock Rose Citrus Coastal Edition Gin was provided with an agreement to review. All opinions are that of the author.

Rock Rose Gin was launched in 2014. Located in Caithness in the far north of Scotland, they’ve since become one of the country’s most respected distilleries.

Owned by Claire and Martin Murray, the husband and wife team have created a range of gins at their Dunnet Bay Distillery including seasonal expressions. The newest gin in their expansive offering is the Citrus Coastal Edition – originally created for Craft Gin Club.

Read my review to find out about how it’s made, the botanicals used, how to serve, and crucially – what it tastes like!

Dunnet Bay Distillers was launched by Claire and Martin Murray in 2014. Since then, the most northern distillery in mainland Britain has built up a reputation as one of Scotland’s finest distilleries.

As well as their flagship Rock Rose Gin they also offer a range of expressions including their seasonal range, Navy Strength and Old Tom. And in 2021, they added Citrus Coastal Edition to their growing list of products. Originally created for Craft Gin Club the year before, it was so well received, Claire and Martin added it to the core range.

The idea for to launch a distillery came about through Claire’s love of gin and a desire for them both to return home to work and raise their family. Claire worked in hospitality while Martin was a chemical and process engineer.

They’d always liked the idea having their own distillery, but prior to 2009 they could never meet the requirements to be granted a distilling licence. Until that point, the law required a still of at least 1,800 litres.

When Sipsmith’s legal battle resulted in a change in the law, it paved the way for Claire and Martin (and hundreds of others since) to follow their dream.

A taste of home

Dunnet Bay Distillers sits on the NC500, a 516 mile stretch of road around the northwest coast of Scotland. Starting and ending at Inverness Castle, it’s fast becoming one of the country’s most famed tourist spots. A trip to their visitor experience is one not to be missed for those who take the scenic journey!

The gins are inspired by their Caithness home and take their name from the Rhodiola rosea. A plant which can be found on the sea cliffs and mountains of colder climates, it’s this “rock rose” which is central to their flagship gin and can be found in their other expressions too.

As well as the Rhodiola rosea, many of the botanicals are either foraged locally, or grown in their distillery garden and geodome which is overseen by their gardener, Hanna.

Rock Rose Gin takes its name from from the Rhodiola rosea – a plant which grows on the rocky sea cliffs in their Caithness home.

With the abundance of local ingredients around the area, it’s a wee bit of home…

There’s much to love about the Rock Rose story, but one of their most innovative projects to date has to be their recyclable refill pouches. Designed in partnership with PA Consulting, the pouches took over a year to develop and were launched in September 2019.

Claiming to be “the first gin available in fully recyclable pouches that can be returned to the distillery,” Rock Rose pouches are able to be delivered through the letterbox, and sent back by Freepost to be recycled.

Weighing 65g instead of 700g, the pouches are significantly lighter, which reduces the energy spent in shipping to customers. The four-layer laminate pouches were designed to “lock-in” the freshness of the gin and can be easily poured into your existing bottle.

While the focus is currently on recycling the pouches, Dunnet Bay Distillers are hoping to have a fully biodegradable pouch by 2025.

As if that doesn’t sound good enough, the pouches are also £4 cheaper than buying a new full-priced bottle! Dedicated fans of Rock Rose Gin can also join their refill club where their favourite expression can be delivered every one, two or three months.

Described by the distillery as the “first step” of their sustainable development journey, Dunnet Bay Distillers also produce some of their own energy with solar panels, while botanical waste is given to farmers to benefit their agricultural fields. 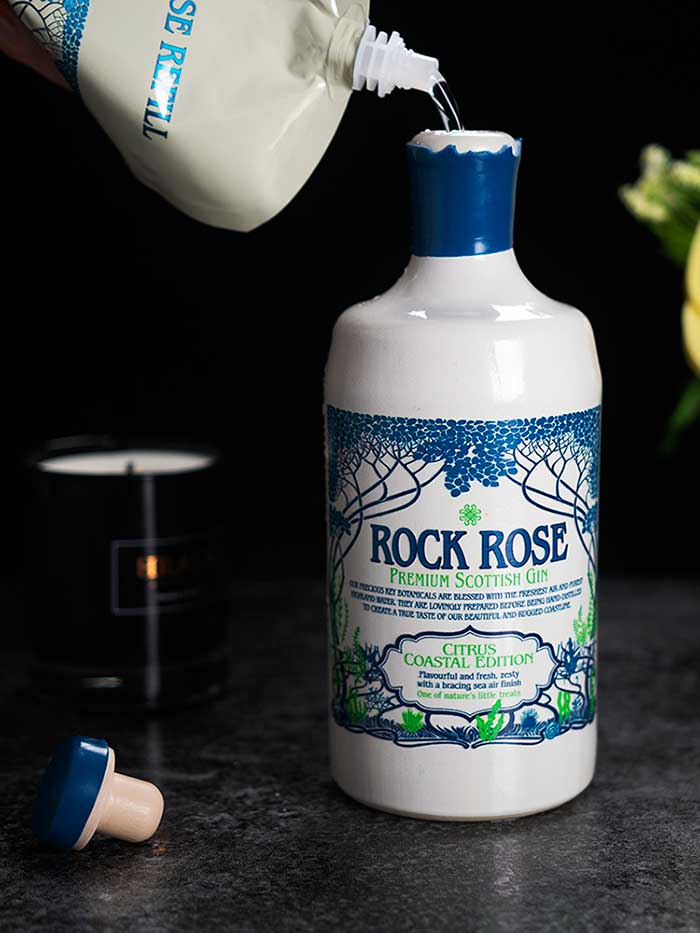 Rock Rose Citrus Coastal Gin is recommended to be served as a gin and tonic:

Read my top tips on making the perfect gin & tonic.

Rock Rose Citrus Coastal Gin follows a similar process to distilling a London Dry – but for the addition of liquorice salt and lemon oil post-distillation, categorising it as a Distilled gin.

London Dry gins can’t have any flavourings added post-distillation and this is the slight differentiation in process between Citrus Coastal and a London Dry gin.

Both Italian and Bulgarian juniper are used in the process. Claire Murray advised that the use of the two different types goes back to the early days of creating the recipe for the original Rock Rose Gin. They couldn’t decide with was best, so instead opted for both!

“Both junipers are subjected to vapour infusion,” explained Claire. “The Bulgarian juniper gives lemon sherbet notes, whilst the Italian juniper gives a real warmth and depth to the flavour of the gin.”

The usual suspects of coriander, angelica, cassia, and orange and lemon peel are also part of a more traditional mix.

Traditional gin distillation uses a process called “single-shot”. This refers to a method of diluting the distillate only with water after it comes off the still. Rock Rose, however, is a “multi-shot” gin, in that it is diluted with both grain neutral spirit (GNS) and water.

With multi-shot gins, the distillate is effectively made into a concentrate, using an increased number of botanicals in the recipe. This allows a significantly greater volume of gin to be made with each batch run.

Many brands are often reticent to share the fact they use the method, so it’s refreshing that Rock Rose are open about their use of it. Perhaps it’s because it’s the fact the process doesn’t follow the traditional method to the letter, or maybe there’s a belief that it’s somehow an inferior method of production?

For me though, it’s just a different way to make gin and both methods have their own pros and cons. I’ve tasted good and bad gins made using both ways. What matters to me is the quality of the end product.

Once diluted with both the GNS and water, the liquorice salt and lemon oil are added. It’s this final part in the process which makes Citrus Coastal a Distilled as opposed to a London Dry Gin. 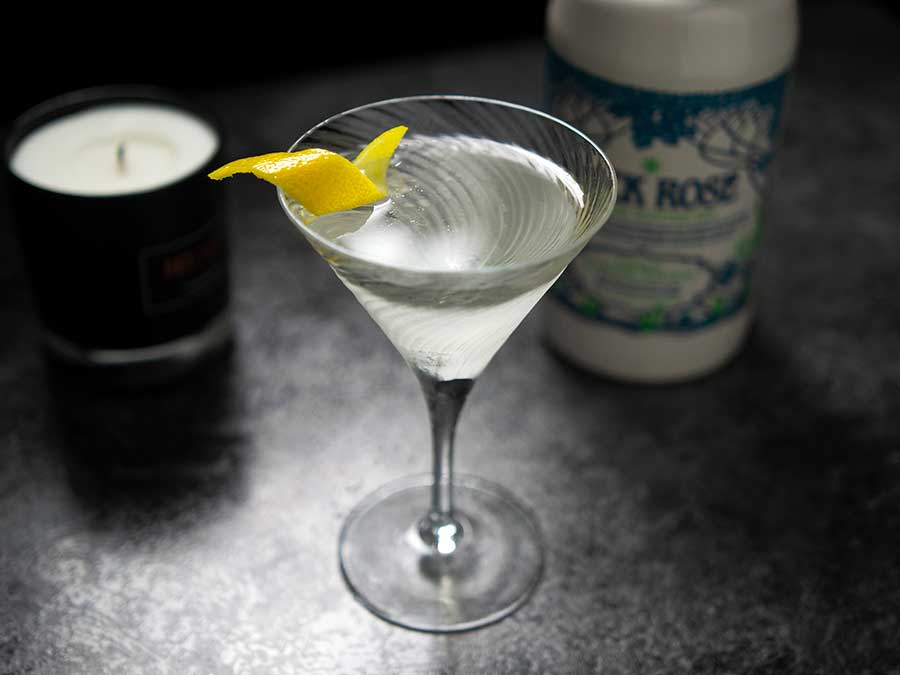 Once diluted with GNS and water, the liquorice salt and lemon oil are added. It’s this final part in the process which makes Citrus Coastal a Distilled as opposed to a London Dry Gin. 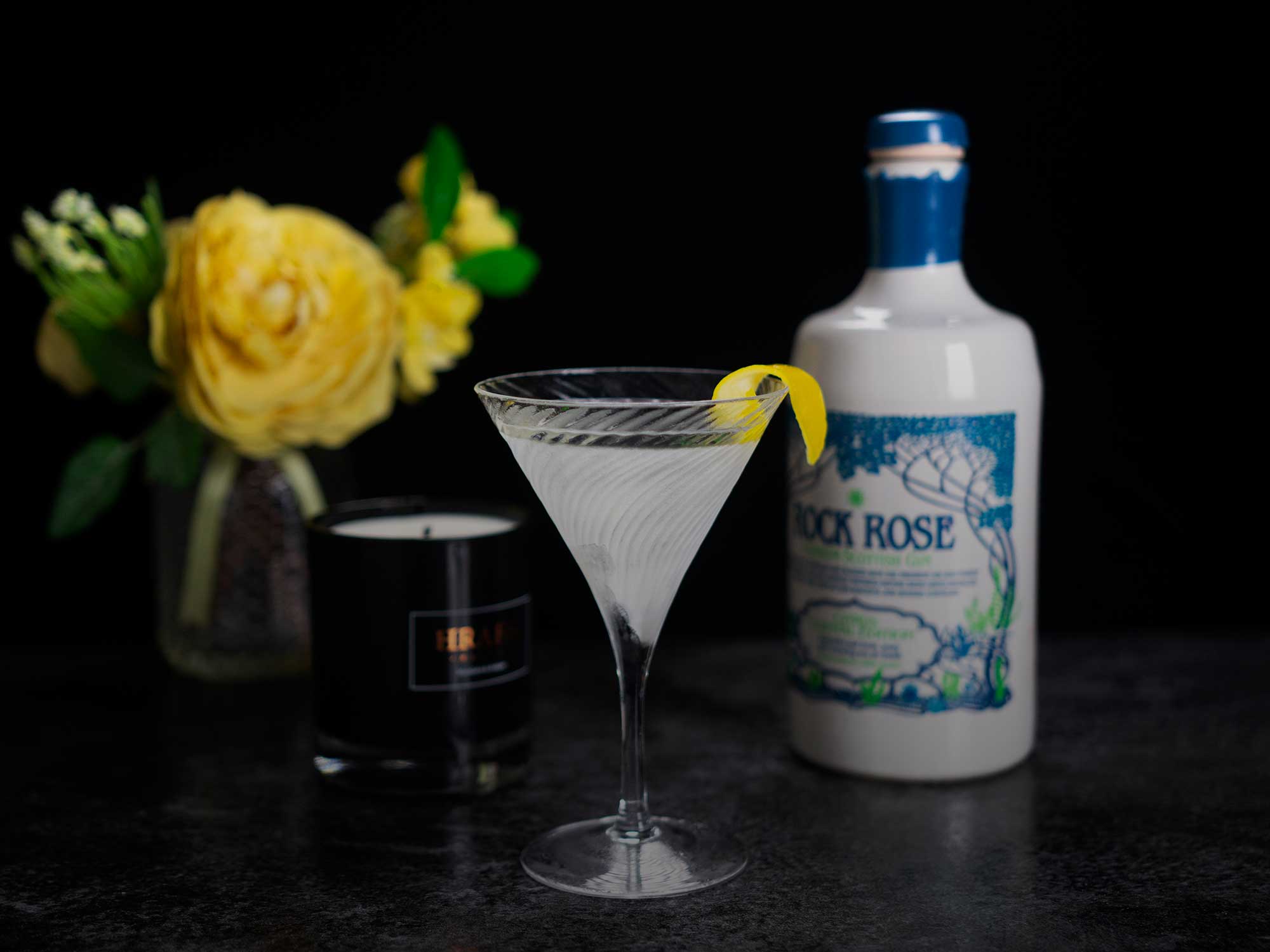 As a fan of coastal gins, the nose has a familiar waft of sweet salinity – a delicate minerality to it with notes of juniper and citrus most prominent. It’s not as big a hit as in their original flagship expression (which is like a bomb to the senses – in a good way!), but there is noticeable lineage to the Rock Rose family.

To spit neat, a gentle but bright lemon verbena envelopes the tongue, backed up by a sweet salinity and a warming finish. I was surprised to hear that the kelp doesn’t add saltiness here (as in other gins I’m familiar with), but rather adds umami to balance out the sweet salinity. The texture is quite creamy with little alcohol burn as the flavours die away.

Adding a splash of tonic and the journey doesn’t change much, however, there’s an increase in the herbaceous notes of kelp coming through in the mid-palate. It goes great as a G&T with grapefruit peel for me, and worth experimenting in a Martini. 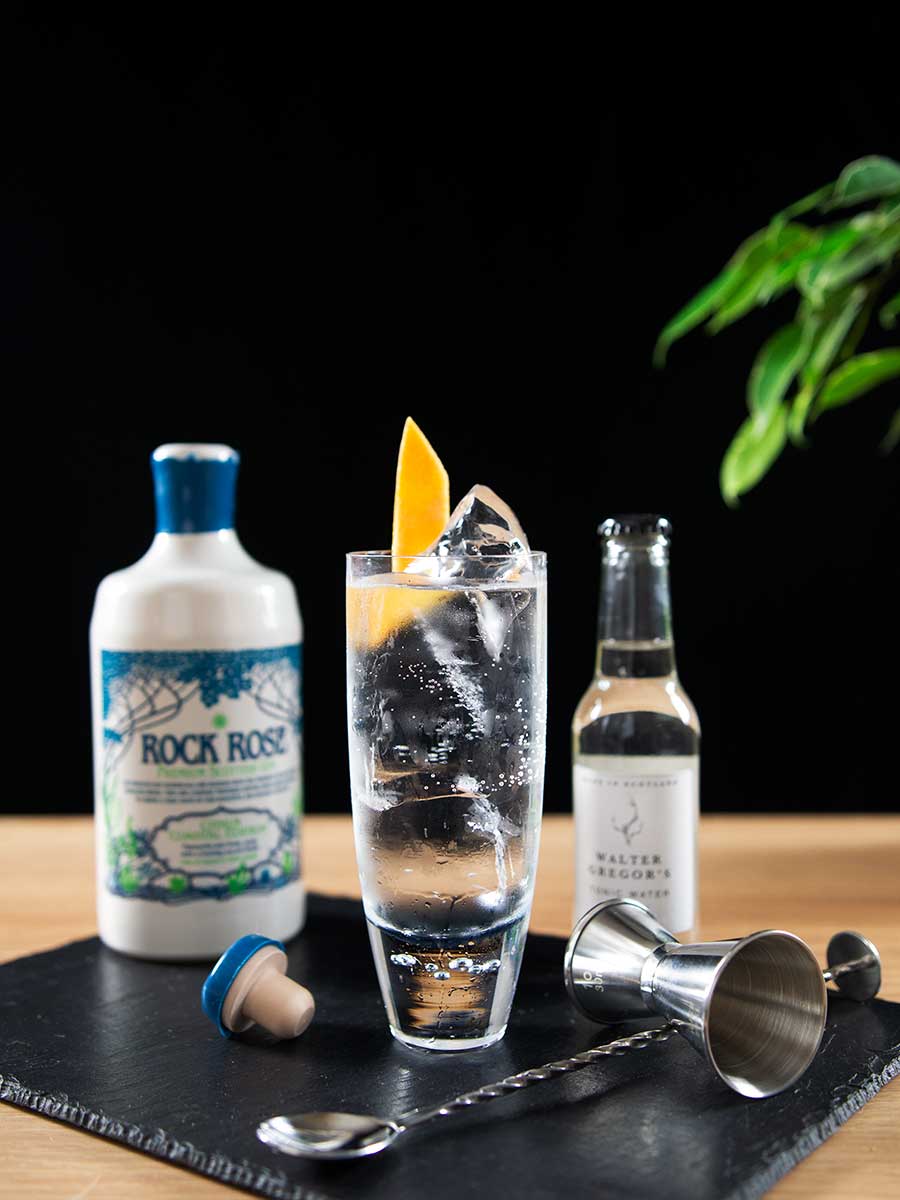 I’ve been hugely impressed by every Rock Rose expression I’ve tried over the last few years – and Citrus Coastal is no different. In Scotland, we’re spoiled with coastal gins and this more than holds its own. While I would probably lean more towards the original Rock Rose or their Autumn Edition as my favourite, it’s a pretty high bar to Dunnet Bay Distillers have set!

At its best in a G&T or neat over ice but worth experimenting in cocktails too, particularly a Martini.

Other coastal gins you may be interested in include:

I’ve been hugely impressed by every Rock Rose expression I’ve tried over the last few years – and Citrus Coastal is no different.